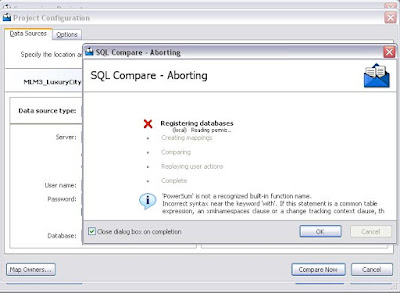 I have received the support from SQL Red Gate team and it was due to this version is not supported to SQL Server 2008 database shema comperasion. Red Gate SQL Compare only supported SQL 2008 from version 7 onwards: http://www.red-gate.com/messageboard/viewtopic.php?t=7751  and  the PowerSum keyword is deprecated and was removed from SQL 2008.

After upgrading version from 6 to 7 or later, I was working fine for me. We can enable logging for SQL Compare tool errors as following, So we can have more idea on error details. 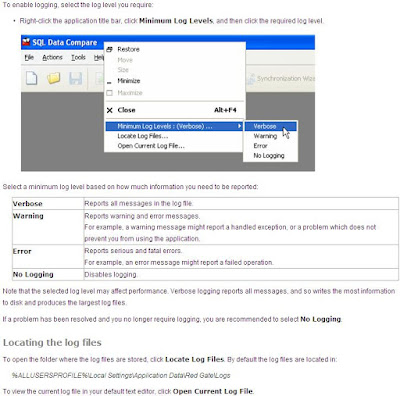